Ah, bullies. In real life, we have to deal with bullies all the time. From the time we start our first days in school, we rapidly learn that in life there really are going to be some pretty aggressive people. However, it’s all about how we behave and how we treat them that will truly make all of the difference in how our lives will go.

Not surprisingly, the world of poker is much the same way. There are bullies everywhere you can find, because being a bully is actually quite profitable. It scares away new players because they don’t want to end up making costly mistakes that are going to hurt their game in the long run. Since the poker world is filled with new players that come into the game every day, there are a lot of ripe targets for the poker bullies to feed on.

Poker bullies also have an effect on even veteran players — it can throw off their game! There you are, headstrong and ready to take on anyone and you’ve got a guy that keeps raising and betting over and over and over again. They might even go all in at least once or twice. How do you really handle a player like that? Isn’t it better to make sure that you try to run from the bullies at large? 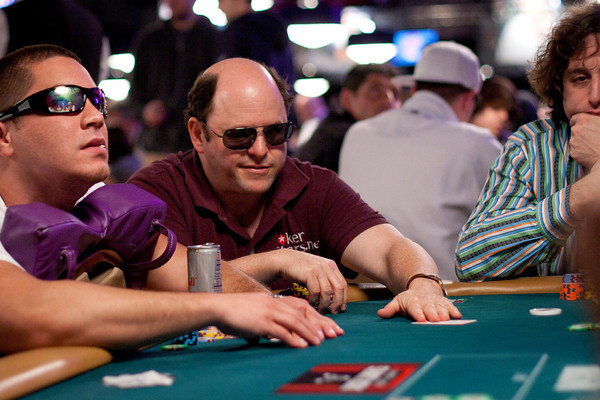 There is — with grace. First and foremost, you never want to let a bully know that they have you by the nose. You want to make sure that you’re playing a good game. That means that you don’t want to play a hand for the sake of just playing a hand. That’s a habit that’s going to come back to bite you. If you know that you don’t have any outs, it’s not the time to bluff. It’s the time to get out of position and just let them have it. It’s better to fight long term sometimes than just short term.

You’ll find that poker bullies want to figure out your “profile” so that they can attack you over and over. If that’s the case, you’ll definitely want to make sure that you mix it up so that they have to keep guessing. The more that you keep a bully on their toes, the harder it will be for them to actually throw you off your game. They’ll be too busy defending themselves, and this means that you’ll come out alive and on top of the world!

Poker is a game that really does focus a lot more on psychology than you might imagine. However, if you’re truly committed to the game you will not only study these points, but you’ll incorporate them into your strategy. And that’s the true difference between amateurs and pros!