In it’s 3 weeks of life the Euro Jackpot is quietly growing it’s customer base as it’s jackpot prize continues to roll over. Regardless of the chance to win the jackpot being double that of the Euro Millions the huge prize has eluded being claimed after it’s 3 first draws.

Starting at €10,000,000 the prize will next be valued at €13,000,000.  In Finland alone the game has started to generate serious popularity and the profits made from the Euro Jackpot may provide competition to local Finnish national lottery, the Viking Lotto. The profits generated by the game in it’s first draw in Helsinki alone were upward of €2.3 million, with almost 2 million Finnish citizens playing, and 13 million players total. 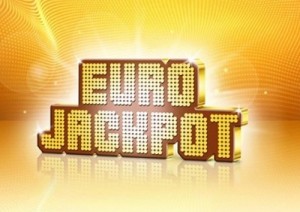 These sales figures will steadily increase on their own but could take a massive leap when Italy finally starts selling Euro Jackpot tickets.

Currently the Italian gaming authorities are still working on implementing the Euro Jackpot game in the country, and it may take some weeks before they are officially part of the game. Not only that but Polish gaming authorities have also been discussing the possibility of joining the Euro Jackpot and adding it to the roster of existing Polish lottery games. Several cash prizes have already made many Euro Jackpot players glad they purchased their ticket, but everyone is eagerly awaiting a jackpot win.  The real money making potential of the game is still being restricted in Germany and some other nations where advertising difficulties are meaning that the Euro Jackpot can’t create the exposure for itself that the Euro Millions had.

Whether this will change or not remains to be seen, but one thing is for sure, more nations will join the Euro Jackpot in the coming months and this will mean great success for the game in the long run. You can read more and play the lottery at: http://www.playeurojackpot.com/

Professional sports worldwide are always hounded by accusations of match fixing. Whether it be at an administrative level or the players on the field, historically there have been many examples of sports being rigged. The recent world title fight between Manny Pacquiao and Timothy Bradley attracted renewed accusations to a sport that has always been…

Gambling has always been a major issue in the US. Until now, talks, debates, and discussions on whether gambling should be legalized continues. Until today, only the state of Las Vegas has openly legalized gambling. If gambling is legalized, would there be many Sin Cities? Would gambling improve the lifestyle of the people? Would gambling…

If you have been on holiday and had some fun at the casino, or even taken a trip into the city to have a flutter, you may feel well enough equipped to head online and play for bigger stakes. While the tips you picked up may well hold you in good stead, there are some…

There are interesting problems and issues occurring in the act of gambling and some ways of how it can be diagnosed. Many individuals especially teenagers go for gambling in an excessive way, they easily get used to spending most of their time in gambling. Although gambling does have its own excitement and thrills, which fill…

Have you tried playing in an online casino? In the early days there were certain difficulties associated with online casinos because the downloading rate was too slow, together with fewer options and limited access to the casino software. With the advent of modern technology and the Internet boom, things have improved immensely. Even laymen who…

Some people do worry about gambling being addictive and think that the fact that it is so easy to gamble on websites makes it worse. Gambling is considered to be addictive for some people. Some of us tend to have addictive personalities where we find things more attractive and tend to be more likely to…