Gambling has always been a major issue in the US. Until now, talks, debates, and discussions on whether gambling should be legalized continues. Until today, only the state of Las Vegas has openly legalized gambling. If gambling is legalized, would there be many Sin Cities? Would gambling improve the lifestyle of the people? Would gambling influence the minds of people in a positive way? Questions such as these have been continuously debated over and over again.

A poll has been recently conducted, regarding the acceptability of some of the most talked about issues of America including gambling. A random one thousand adults where included in the poll whose age ranged from eighteen years old and above. Surprisingly, the results showed that 66% of those who answered the poll say that gambling is morally acceptable and they have no problem if the legalization of gambling were continued. This result is higher than the result from a similar poll made in 2003 where only 63% approves of gambling. 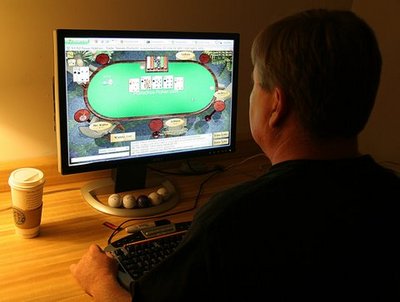 Back in the 1980’s and 1990’s, gambling was always associated with organized crime. People then, thought that when there is gambling, then drugs, violence, sex, human trafficking and other crimes will be somewhere close by. This may have had some basis then, but it was really the media’s fault why such impressions were imprinted into the minds of the people. It was the “The Godfather” and similar movies which influenced people to think that gambling and organized crime are always associated.

Today, people have a more open mind about gambling. If those people where to be asked why they approve of legalizing gambling then one of the two answers would be that gambling gives them more freedom to choose how to spend their leisure activities. The other answer is because gambling gives them more entertainment. However, there are some who disagree about the legalization of gambling because they believe that gambling is very addictive and it can destroy lives.

Furthermore, another reason why gambling has not yet been legalized is the question of the role of gambling in politics and government. In a world where money can make everything move, these issues need to be carefully discussed. People are still afraid that once gambling is legalized, it would greatly influence the government of the US, especially now when the government needs more sources of funds. Most people still believe that if gambling was to be legalized, the government would have more corruption.

Trying to create an office pool that everyone can stick to is tough. Everybody has different schedules and finds different reasons why they missed deadlines. While this type of problem is common no matter which sport you are betting on, it is much easier if you are working on building an office pool around the…

You can use a lot of different bets to make money in the world of football betting. One of those bets is known as the Asian Handicap. What you need to understand first is that handicapping is the way of making a sports event more even, which in turn makes it more interesting to bet…

The truth is that sports betting is not at all easy and just as with any other gambling opportunity, you will surely be tempted to make different bets due to the mood that you are in. It is quite common to notice people that lose a very big bet that they made after an incredibly…

If you’re getting into the online casino action, you might want to get to know what you’re going beforehand. There are a few different things you can do to help stay within a set budget and this is going to be crucial since many people become addicted and get in severe debt from not setting…

The truth is that baseball betting is one of the very good sports to bet on due to the fact that many different variables are going to help the bettor to pick a winner. Trends are going to appear and you can easily make money if you know what you are doing. Money lines and…